Are you ready for battle? 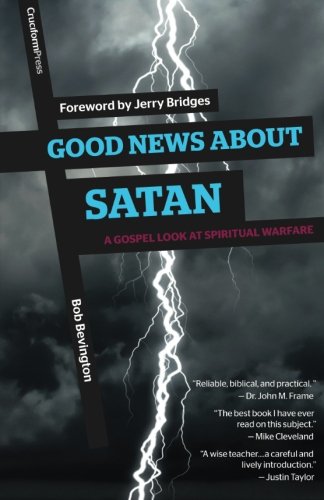 For authentic Christians, the bad news of Satan and the kingdom of darkness, while serious, is overshadowed by the good news of Jesus and the Kingdom of God. Yes, there is a cosmic clash. Yes, we are in the middle of it. Yes, we need to become equipped to recognize and resist the enemy. But those who are united to Christ by genuine faith need not fear Satan. Not now. Not ever. The truth can be summed up in this simple statement: The good news about Jesus, the victorious one, far outweighs the bad news about Satan, the evil one.

'Good News About Satan' is a short, reader-friendly text that cites no extra-biblical sources. Instead, it walks the reader through the plain teachings of Scripture regarding Satan, demons, and spiritual warfare, at all times from an explicitly gospel-centered perspective that exalts the sovereignty of God and the finished work of Christ as paramount. Because of this focus, the book, while treating our enemy soberly and seriously, is devoid of the unfruitful speculations and illegitimate extrapolations so common to this topic. For these and other reasons, we believe this book differs significantly from nearly every other book on the subject. 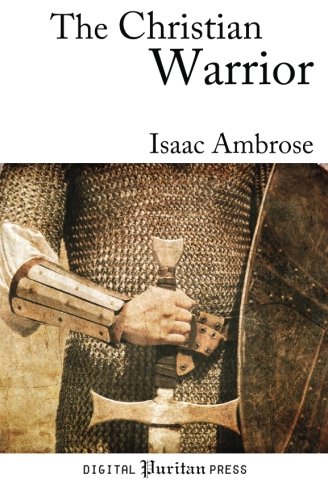 In The Christian Warrior, Isaac Ambrose (1604-1664) provides armament and strategy to fight our tireless adversary, the devil. He begins by showing, from Ephesians 6:12, how all God's people are warriors engaged in a battle, that our enemy is both powerful and malicious, and that we must wrestle and strive hard against him.

Ambrose illustrates how Satan attacks us at different stages of life: in childhood, at our first conversion, during the prime of life, and at the time of death. Ambrose gives practical, point-by-point advice throughout the book on how to cope with these attacks. He illustrates how Satan attempts to foil the believer coming to Christ at each stage of his conversion. He then shows how Satan tries to convince the doubting believer that his conversion is not genuine, and how to answer those arguments. He continues by showing how to endure persecution, how to resist temptations of the flesh (lust, pride, anger, condemning others, dishonest gain), and how Satan attempts to exploit the special vulnerabilities of both weak and strong Christians. He concludes by preparing the believer for 'the final battle' in the hour of his death (which is often his most intense time of attack), by illustrating how to avoid the extremes of presumption and despair.

Even readers not accustomed to Puritan works will find Ambrose's warm and engaging style both eminently useful and Christ-exalting. Includes a helpful biographical preface to the life and times of the author.